A good book is a must-have for any road trip. Here’s a quick look at some of the latest titles on the bookstore shelves in May. 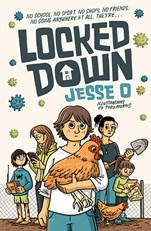 Jesse O’s award-winning novel about a deadly pandemic and a family in lockdown has been rereleased, with all-new illustrations by Toby Morris. The deadly influenza pandemic XB276 is sweeping the country. Twelve-year-old Zac wakes up one morning to the news that everyone must stay home. He can’t leave the house for weeks, or even months. Pretty soon he’s facing running out of food, with no electricity, no telephone and no internet. The only people he can count on are his family and closest neighbours. As Zac faces each new challenge living under lockdown, he discovers resources he never knew he had – and mysteries begging to be solved. This prescient and gripping novel about a nation in lockdown was written following the H1N1 global pandemic. It won a Storylines Junior Fiction Award in 2011. 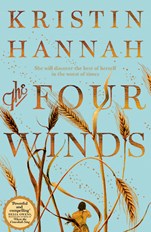 Texas, 1934. Elsa Martinelli had finally found the life she’d yearned for. A family, a home and a livelihood on a farm on the Great Plains. But when drought threatens all that she and her community hold dear, Elsa’s world is shattered to the winds. Fearful of the future, when Elsa wakes to find her husband has fled, she is forced to make the most agonising decision of her life. Fight for the land she loves or take her beloved children, Loreda and Ant, west to California in search of a better life. Will it be the land of milk and honey? Or will their experience challenge every ounce of strength they possess? From the overriding love of a mother for her child, the value of female friendship, and the ability to love again – against all odds, Elsa’s incredible journey is a story of survival, hope and what we do for the ones we love. 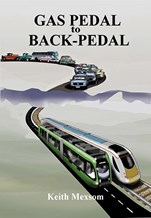 GAS PEDAL TO BACK PEDAL

How did Auckland get to be so congested? And who were the people who have influenced decisions, legislation and funding? Gas Pedal to Back-Pedal: The Second Century of Auckland Transport is a comprehensive account of the history of Auckland transport, and the inner workings of central and local governments who have influenced the city’s present environment. It builds on the founding and development of Auckland’s transport system from 1940 to the present, describing how the motor vehicle evolved from a novelty and a nuisance in the 1920s to an indispensable utility that virtually replaced the public transport services with chronic road congestion. The book includes information Keith believes to be little known, including certain aspects of the Master Transportation Plan for Metropolitan Auckland 1955. 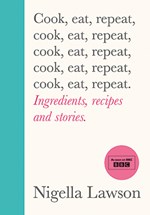 Cook, Eat, Repeat is a delicious and delightful combination of recipes intertwined with narrative essays about food, all written in Nigella Lawson’s engaging and insightful prose. Whether asking ‘What is a recipe?’ or declaring death to the Guilty Pleasure, Nigella’s wisdom about food and life comes to the fore, with tasty new recipes that readers will want to return to again and again. “The recipes I write come from my life, my home,” says Nigella, and in this book she shares the rhythms and rituals of her kitchen through over 100 new recipes that make the most of her favourite ingredients. Dedicated chapters include ‘A is for Anchovy’ (a celebration of the bacon of the sea), ‘Rhubarb’, a loving defence of ‘Brown Food’, a suitably expansive chapter devoted to family dinners, plus inspiration for vegan feasts, solo suppers and new ideas for family gatherings. 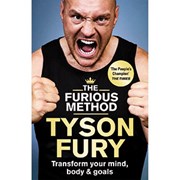 From weighing 28 stone and fighting a deep depression, to his amazing return to heavyweight champion of the world, Tyson Fury opens up and shares his inspiring advice and tips on diet, exercise regime, and his incredible journey back to a healthier body and mind. Frank, accessible and inspiring, The Furious Method is a feel-good and motivating tonic, full of inspirational advice for readers on how we can all improve our physical and mental health. And how we can all create a champion mind-set. Whatever your starting point or past set-backs, Tyson will show you how you can make your own comeback and start living your life to the fullest – fighting fit, mentally restored and stronger than ever. Outside the ring, Tyson Fury is a mental health ambassador. He donated his million-dollar purse from the Deontay Wilder fight to the homeless. 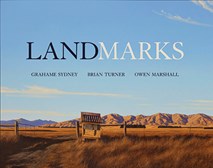 A handsome, landmark book celebrating the work of three of our literary and artistic heavyweights. The complementary work of artist Grahame Sydney, fiction writer Owen Marshall and poet Brian Turner was first brought together in the hugely successful Timeless Land in 1995. Its pages showed their shared, deep connection to Central Otago, to its vast skies, its wide plains punctuated by jagged ranges, its unique colours and its dwarfing effect on the people who pass through it. Twenty-five years later, this lavish new volume from these three longtime friends showcases a rich selection of their subsequent work, including recently written, previously unpublished pieces. Through their own marks about the land and its people, be it in ink or paint, they offer a love song to the South Island, in particular Central Otago.